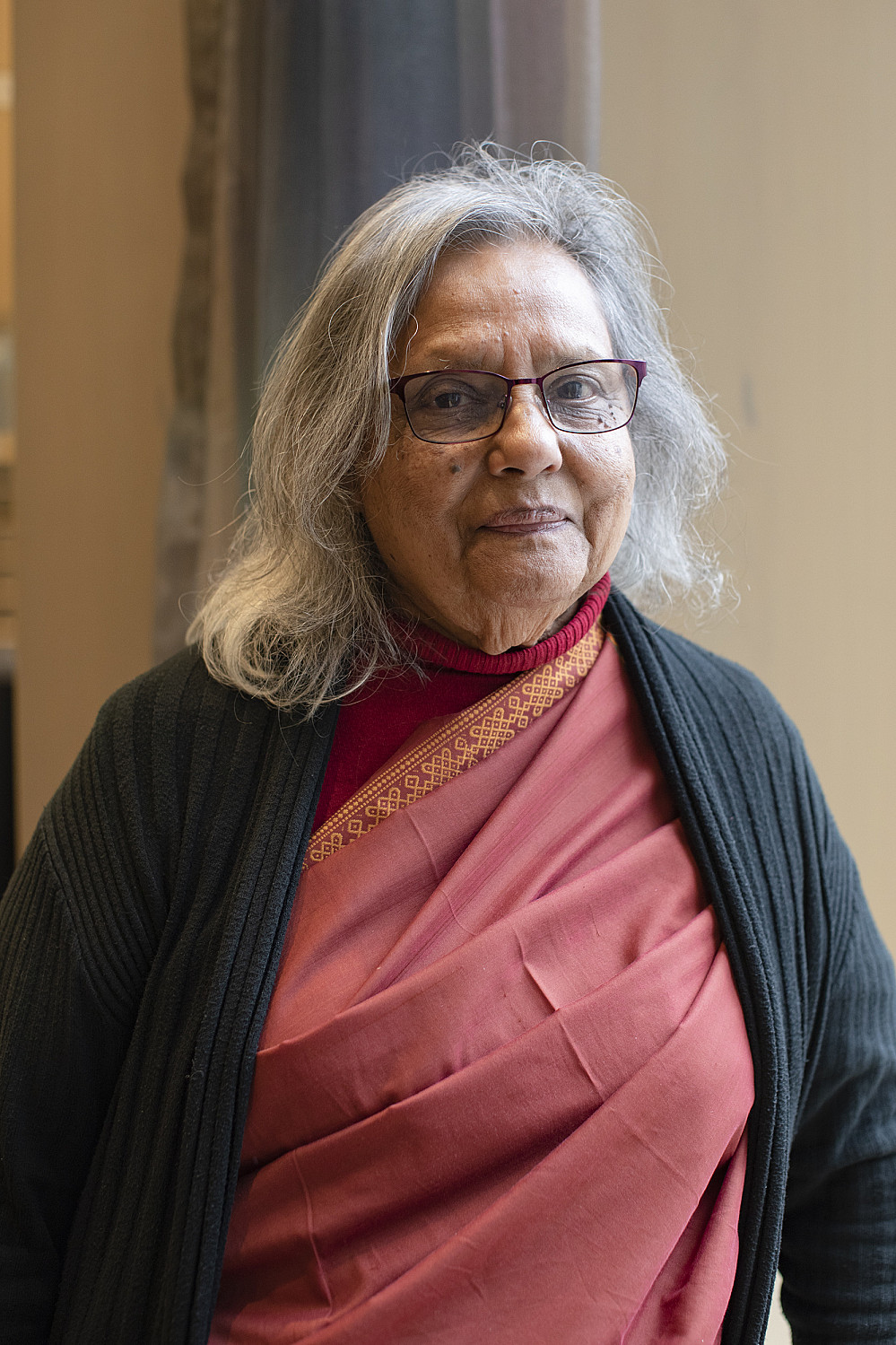 Ela Gandhi, is a social worker and political activist in South Africa. She retired after serving two terms in the South African Parliament representing the ANC.  Presently works in honorary capacity as Chairperson of  Gandhi Development Trust and Phoenix Settlement Trust and is a co-President of Religions for Peace International,  She has received 4 honorary doctorates from various Universities.  In February 2020 she  received the Papal Madallion from His Holiness  Pope Francis.