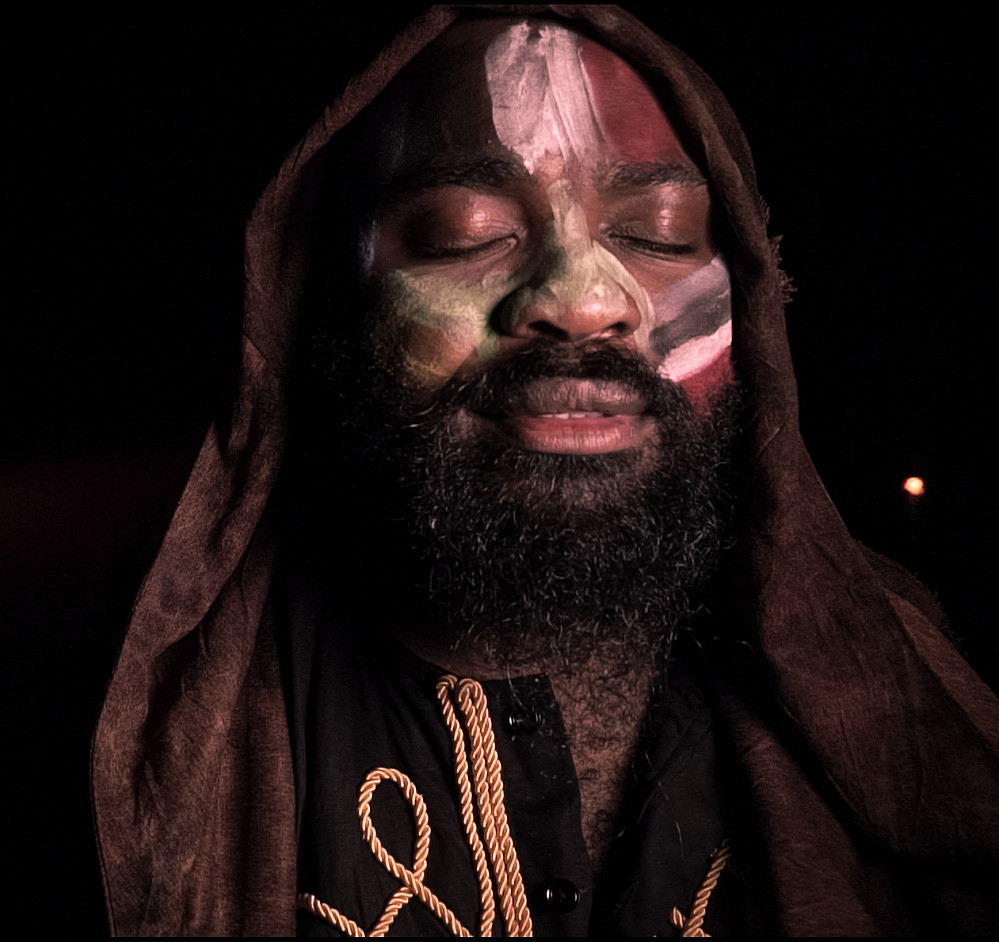 Nduduzo Makhathini the Sonic Shaman: The Throwing of the Bones

For many years, I have been interested in the intersections between ubungoma (healing) and improvisation. That is to say how sound cultivates be-ing. As a practicing sangoma (healer), it became apparent to me that the journey of being an improvisor (often in a jazz context) was to become an extension of the work of healing. Since these thoughts reached my spirit, I then felt it was necessary to meditate and think through how these two expressions hang together.

It is important to note that these two, at an epistemological level (or at least in the way I hope to explore in this text) are often not viewed as being organically linked. Most of the seminal literature on jazz and improvisation here in South Africa has often commented about jazz and its linkages with politics under apartheid. This is indeed the truth, especially when reflecting on sounds that were produced in the 60s, 70s and 80s both in South Africa and in exile as it were. Here I am thinking about groups such as the Jazz Epistles, Blue Note, Soul Jazz Men among others. These groups (and individuals) were responsible for created a deep political awareness about what was taking place in South Africa during apartheid. This is a period that produced songs such as; and ‘Manenberg’ which in the 80s became an ‘unofficial national anthem’, ‘Stimela’ and ‘Khawuleza’ among others. These tunes collectively became a soundtrack in the story of apartheid in South Africa and beyond. But also, a place a refuge for a lot of us growing up and a heavy hand of the apartheid regime.

But there were also other musicians who were exploring particular perspectives that, which I want to suggest, sat on the edges of the documentations of the tales of this art form. These musicians explored a spiritual path. Often in existing literature, there is a way in which ‘spirituality’ is employed as a backdrop, wherein here I am proposing that we think of ‘spirituality’ as a frame that informs the articulations of sound.  Here I am also not suggesting that the musicians mentioned earlier did not explore these frames and vice versa, but I am suggesting that the artists I am about to mention (including my own practice) emerged from a space of seeking spiritual paradigms within their sound. These artists include; Philip Tababane and Malombo whom gathered around the concept of malombo (Venda healing ritual) as the center of the work, Bheki Mseleku and Zim Ngqawana whom both explored various spiritual influences as a way of giving sound its identity –– and Busi Mhlongo, among others, who were initiated sangomas and looked at their work as an outlet or a response to their ancestral calling.

I am giving this background in order to situate my own journey and artistic practice as manifested in the two composition ‘Amathambo’ and ‘Umthakathi’ that were selected by Prof Pitika Ntuli to accompany his exhibition. Both these pieces were part of my 2017 release called Ikhambi (healing concoction). The record revolved around the idea of sound as an instrument for healing. Furthermore, the project proposed that improvisation, in jazz, could be viewed as a method of gathering sonic concoctions, similarly to a sangoma in the wilderness gathering herbs.

iKhambi also aims at positioning blackness beyond definitions of the oppressor and wants to remember the pure state of our people, their dance, songs and religious practices in their pre-colonial state. Through song this project wants to restore black pride and promote self-love. iKhambi believes that this is a crucial step concerning our healing and the emancipation of our people through a new look towards African knowledge systems and how they can contribute in the processes of decolonization today and ultimately how Africa as a continent contributes to a universal consciousness. Makhathini 2017 (liner notes)

Once again, this idea is not an invention as I have shown above that certain jazz musicians and improvisors have explored these connections before me. It is also important to add that in precolonial times, our ancestors viewed sound as an integral part of being and healing.

On Ikhambi (2017) I also explored sonic relationships between memory and performance. I reference memory in the context of my ancestors, upbringing and the centrality of song in ritual. Growing up in the rural and later in the townships of KwaZulu Natal in Pietermaritzburg meant I had to learn a lot about community, ritual ceremonies and the church (the Zionist Church most in in particular). That also meant learning various repertoires as a way of experiencing spirituality in the context on my village.

For instance, ‘Umthakathi’ (a witch) reflects of the mystical nature of a witch, growing up you will hear so much about him/her but never really seen. Through desperations of being a young man and searching for the truth, I was led to an individual imagining of how a witch looked based on the particularities of the stories told by the elders –– but also the things I had seen in my dreams. I then explore the presence of ‘Umthakathi’ in three movements.

‘Umthakathi’ (1st Movement) In the last hours before dawn, a young mother who had been trying to nurse her newborn baby (Ajana, who is later to become king) to sleep sees a witch through the window. Ajana’s restlessness is roused by the spiritual presence of umthakathi in the neighborhood. ‘Umthakathi’ (2nd Movement) As the witch tiptoes through the darkness, dogs suddenly break into a piercing howl that wakes the village from their slumber. And the witch is captured. ‘Umthakathi’ (3rd Movement) The elders gather by the river do conduct a cleansing ritual for the witch. The ritual is interrupted a heavy storm and the diviners are invited to chant to the rain Goddess Nomkhubulwane until the storm is over. Makhathini 2017 (liner notes)

While ‘Amathambo’ explores what lives in the liminal space. It emerges from a space of divination (the throwing of the bones) and how that allows us a window into unseen worlds of the ancestors. Grappling with the idea of ‘improvisation’ I then found the ‘metaphor’ of the throwing of the bone as the closest way of thinking about my work. I am constantly moving from the known, to the unknown and landing on a kind of new knowing. Similarly to a sangoma (in a traditional sense) that utilizes objects (amathambo) as a tool of citing meanings from a metaphysical dimension and bring them into the physical spheres in real-time. This I call ‘ritual technology’, which is a theme I explore quite intensely in my recent work Modes of Communication: Letters from the Underworlds (2020).

‘Amathambo’  A troubled man whose hopes have turned to ash, at the height of perilous times, visits a sangoma and discovers a new method of divination through improvised music that suddenly connects him to the unseen realm of his ancestors that he has been seeking for decades, soon after the ritual his troubles are stilled.